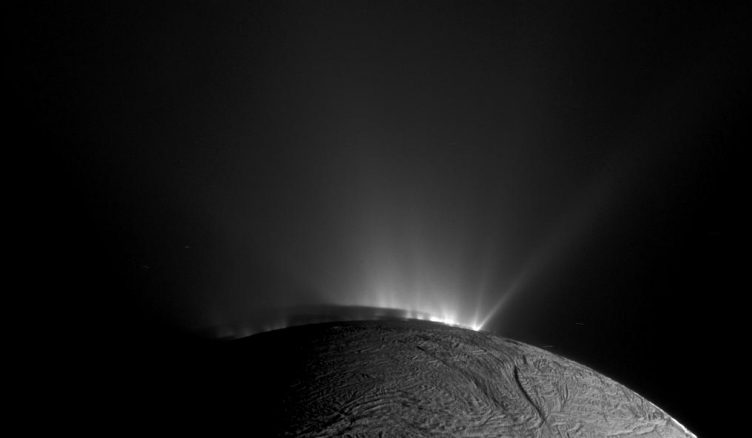 One of Saturn’s moons, Enceladus, may have, like Europa, a global ocean under its ice crust, some 30 to 40 km below the surface.

Enceladus wobbles, as it orbits Saturn, and according to data collected by Cassini spacecraft and reported in September 2015, this may be explained by the presence of a liquid layer between the solid core and the crust, instead of both being in direct contact.

Since 2005 that we know of the towering geysers ejecting ice, water vapour and simple organic molecules from fractures at the south pole of this moon of Saturn, forming plumes visible from space.

The analysis of particles vented by these geysers, performed by the Cassini spacecraft, suggests hydrothermal activity inside Enceladus. This fact let us speculate the existence of environments suitable to the development of living organisms.