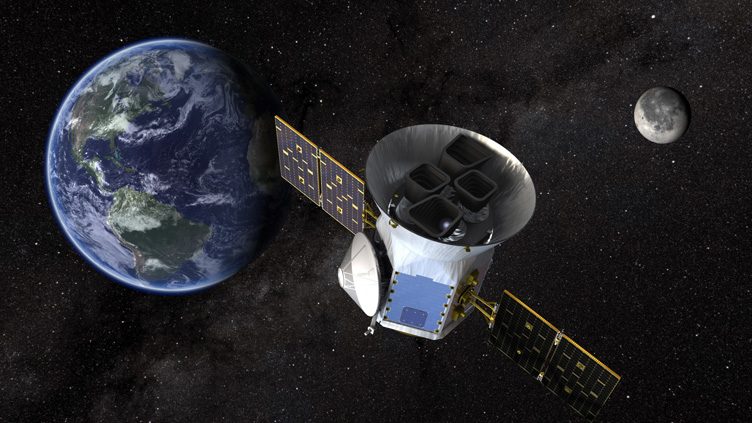 Using asteroseismic1 data from NASA’s Transiting Exoplanet Survey Satellite (TESS), an international team, led by Instituto de Astrofísica e Ciências do Espaço (IA) researcher Tiago Campante, studied the red-giant stars HD 212771 and HD 203949. These are the first detections of oscillations in previously known exoplanet-host stars by TESS. The result was published today in an article in The Astrophysical Journal.

Tiago Campante (IA & Faculdade de Ciências da Universidade do Porto – FCUP) explains that detecting these oscillations was only possible because: “TESS observations are precise enough to allow measuring the gentle pulsations at the surfaces of stars. These two fairly evolved stars also host planets, providing the ideal testbed for studies of the evolution of planetary systems.”

Having determined the physical properties of both stars, such as their mass, size and age, through asteroseismology, the authors then focused their attention on the evolutionary state of HD 203949. Their aim was to understand how its planet could have avoided engulfment, since the envelope of the star would have expanded well beyond the current planetary orbit during the red-giant phase of evolution.