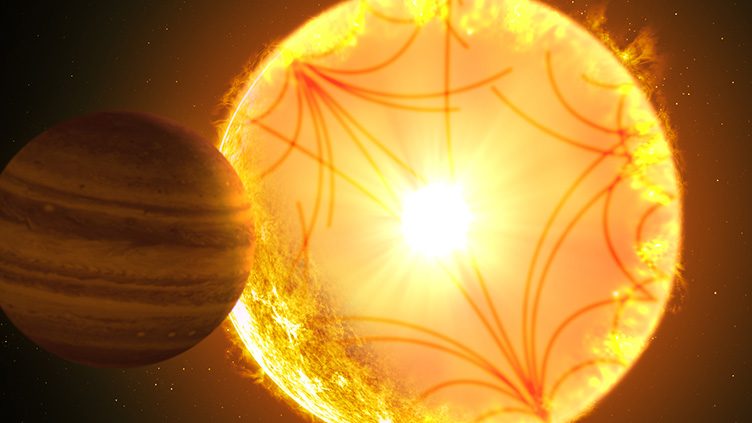 Stars seem so distant, tiny dots in the night sky, that they look totally beyond our reach. But, on the contrary, astrophysicists are unveiling their secrets, right into their very core.

I remember being fascinated in my youngest age by the spectacle of stars. I had many questions: Are stars all the same? How can we know what’s happening inside them? These and other questions made me later decide to become an astrophysicist. Since then, I discovered that stars have much more to tell than only about themselves.

The Sun is the star we know best, because it is the closest from us, sustaining life on Earth thanks to its light and heat. However, there is a wide range of star types, some being much bigger or smaller than the Sun, and each has a different story. As astrophysicists, we have to understand what’s going on inside the stars.

Starlight carries the “fingerprints” of the chemical elements that the stars are made of, which is a sign of when, in the history of the Universe, they were formed. Mapping the ages of the stars in the Milky Way is enabling astrophysicists to trace back their birthplaces and, in so doing, to recreate the story of how our galaxy evolved.

Full article available (in Portuguese) at the SAPO TEK  website.