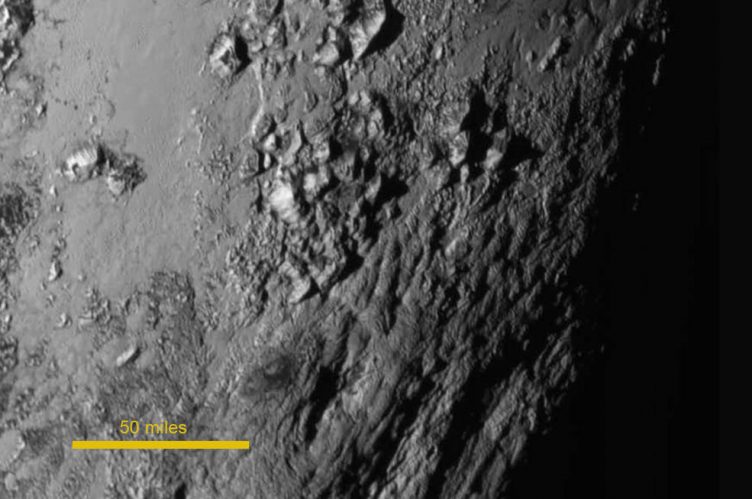 A mantle of water ice is probably enclosing Pluto’s rocky core. Images captured by NASA’s New Horizons mission revealed that part of this water ice is visible at the surface.

At the temperature of 235 ºC below zero, that reigns on Pluto’s surface, water ice may behave like rock and form uplands and even mountains that have been found to reach 3 km above their surroundings.

Across Pluto’s surface, other more volatile ices encircle or cover these formations, such as iced nitrogen, carbon monoxide and methane.