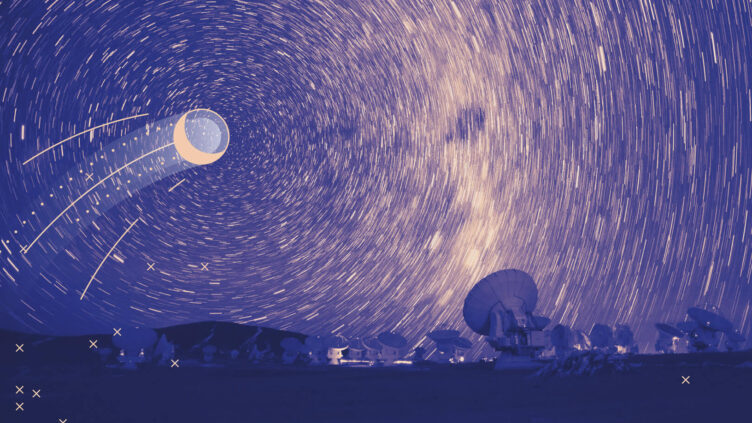 On a single website, there’s everything you need to know about Astronomy and the Universe, in direct and everyday language, the yield of a project co-led by the Instituto de Astrofísica e Ciências do Espaço (IA) and which now becomes an international reference.

The initiative that aims to boost the global understanding about Astronomy is now multilingual and accessible anytime, anywhere. Big Ideas in Astronomy, a booklet summing up what everyone should know about the Universe and our place in it, was first developed by the Instituto de Astrofísica e Ciências do Espaço (IA) and the Leiden Observatory, Leiden University, in the Netherlands.

It has just been released by the International Astronomical Union (IAU) in its second version and translated to Portuguese and other languages, all available from a dedicated website.

“Big Ideas in Astronomy: A Proposed Definition of Astronomy Literacy” is the culmination of years of debate and discussion over the essential things that an astronomically literate person, anywhere in the world, should know.

It is structured as other international science literacy projects, with eleven umbrella-ideas that fill just over 70 pages of a booklet, and also a website.

“This work has compiled inputs from numerous collaborators and contributors from all around the world, and it is now freely available for use by the astronomy education and communication community, but also anyone wishing to gain a straight to the point view of all there is, from Earth to the edges of space and time,” says João Retrê, of IA, who managed the project, developed the website and led the Portuguese translation.

“It is meant to evolve with new contributions raised through its use. For this reason, the document is published under a Creative Commons licence that allows anyone to share and adapt it.”

“We have to foster the use of astronomy at school level and informal learning contexts, to help children and adults to think critically and to lead interesting and responsible lives in a world shaped by science and technology.”
Pedro Russo

Each big idea works as the entry point to fascinating concepts, known since Antiquity or only a few decades ago, covering historical, theoretical and observational aspects of astronomy. It is now an online reference in languages such as Arab, Bengali, Portuguese, Haitian French, or Japanese. More languages are on the way, with the support of the International Astronomical Union’s (IAU) Astronomy Translation Network and Office of Astronomy Outreach (OAO).

“Astronomy is not just about scientific advances or technological applications,” says Pedro Russo, of Leiden University and IA who also managed the project. “It broadens our horizons and gives to every human being the means to discover their place in the vast Universe. But to fulfil this, now and for the future generations, we have to foster the use of astronomy at school level and informal learning contexts, to help children and adults to think critically and to lead interesting and responsible lives in a world shaped by science and technology. We hope this document contributes to it.”

After over a year of contributions from the worldwide community of scientists, educators and communicators, the document Big Ideas in Astronomy has been handed over to IAU’s recently constituted Office of Astronomy Education (OAE), which aim is to support professional astronomers and astronomy educators worldwide in bringing the fascination of astronomy into schools.

Under its mission, OAE will continue the  implementation and secure the next steps of Big Ideas in Astronomy, which are to conduct empirical studies on the Big Ideas, to foster curriculum development aligned with them, to promote the production of educational resources and the production of materials for teacher training, and to prepare policy-reports for curriculum development.