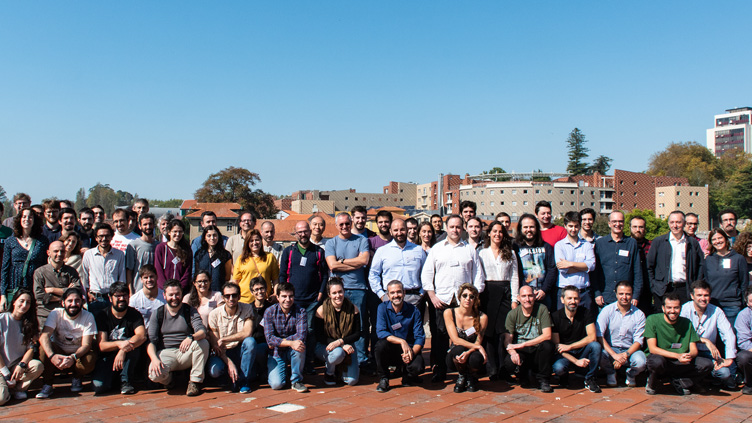 A list of the World’s most cited scientists includes six researchers of the Instituto de Astrofísica e Ciências do Espaço (IA).

Nearly one tenth of the postgraduate researchers at the Instituto de Astrofísica e Ciências do Espaço (IA) are among the World’s scientists of greatest impact. Six IA researchers are featured in the database published1 by the PLoS Biology journal that lists the currently active scientists whose work was, until 2019, most cited by their peers in other scientific papers. The list is the product of an analysis led by John Ioannidis, of Stanford University, in the United States.

For Francisco Lobo and Nuno Santos, this level of international reach of IA’s research arises from a work of many years gathering the best researchers in multidisciplinary teams.

In addition to personal perseverance and commitment, the pursuit of collaborations with other researchers is one of the key factors for reaching this level of prominence in the scientific community, highlights Francisco Lobo, who leads IA research group in Cosmology. “From the interaction with other researchers, new ideas were born, streams that I try to explore as much as possible. I think I have a wide range of interests and that this has a return in productivity.”

Nuno Santos, in a reference to the field he leads, the detection and characterization of exoplanets, sees this result as a “natural outcome of the intense work and effort done at IA, and of a long term vision, to develop and support a team in one of the most competitive and impactful fields in modern Astrophysics. It is a work that involves today more than 30 researchers and students and which allows us to be at the highest level in projects of the European Southern Observatory (ESO) and of the European Space Agency (ESA).”

For both researchers, this level of international reach of IA’s research arises from a work of many years gathering the best researchers in multidisciplinary teams. The development strategy of the institute is bearing fruit and should be seen as an example and incentive at the national level. José Afonso, IA coordinator and researcher at Ciências ULisboa, adds: “When we talk about cutting-edge research in Portugal, we are also talking about Astrophysics and Space Sciences, where we conquered an acknowledged international role. We lead some of the most important projects of the moment and thus help establish the World’s research in this field.”

Both lists with the citation metrics across all scientists until 2019, and in 2019, may be retrieved from the Mendeley platform.