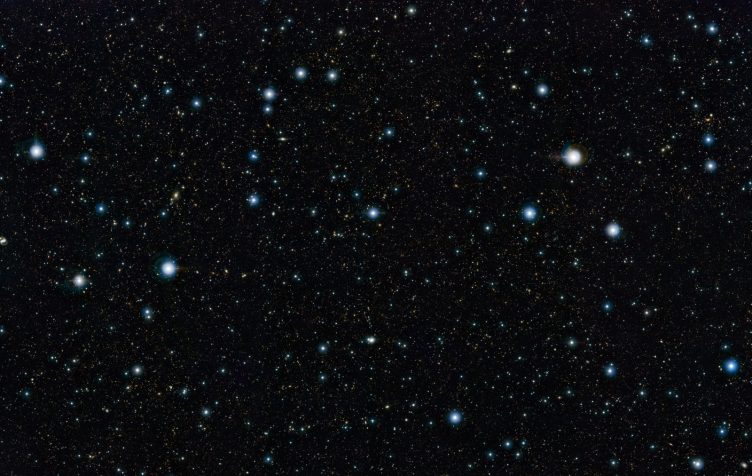 An international team, with the participation of the Instituto de Astrofísica e Ciências do Espaço (IA) researcher Ana Afonso and led by IA’s collaborator David Sobral  (University of Lancaster), presented one of the largest 3D maps of the Universe in its infancy, in which about four thousand young galaxies have been discovered.

In this work, published online in two papers1 and presented in the European Week of Astronomy and Space Sciences (EWASS), the team observed on different wavelenghts, to calculate the redshift2 of these galaxies. By this mean, it obtained several windows for 16 different periods in the history of the Universe, between 11 and 13 billion years ago, meaning between 7% and 13% of the Universe’s current age.

Learn more » (only in Portuguese)