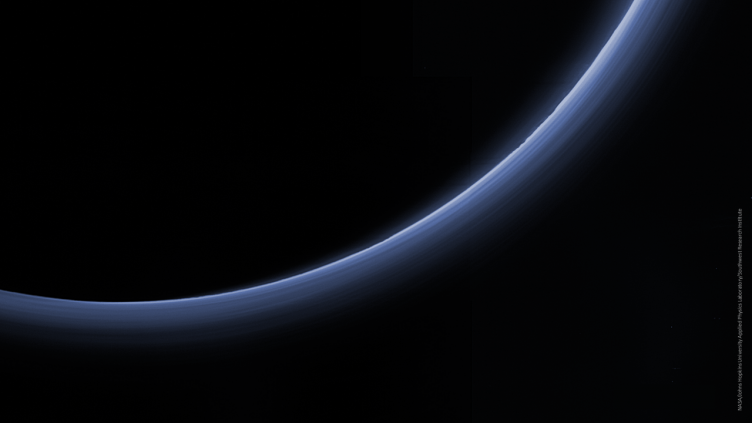 A study that followed the evolution of Pluto’s atmosphere for fourteen years shows its seasonal nature, and predicts that it will now start to condensate as frost.

This study was published in the journal Astronomy and Astrophysics and had the participation of Pedro Machado, of Instituto de Astrofísica e Ciências do Espaço (IA) and Faculdade de Ciências da Universidade de Lisboa (FCUL).

The authors analysed data from this dwarf planet’s atmosphere in the altitude range of 5 to 380 kilometres, collected between 2002 and 2016. This period overlapped with the Summer in Pluto’s northern hemisphere1, where are mostly concentrated the reservoirs of nitrogen ice, which sublimate under the exposure and the proximity to the Sun.

“More and more we look at Pluto’s seasonal atmosphere as a cometary activity,” says Pedro Machado. “Since it is a body of small mass, nitrogen molecules gain the escape velocity very easily, and Pluto looses atmosphere, like the comets.”