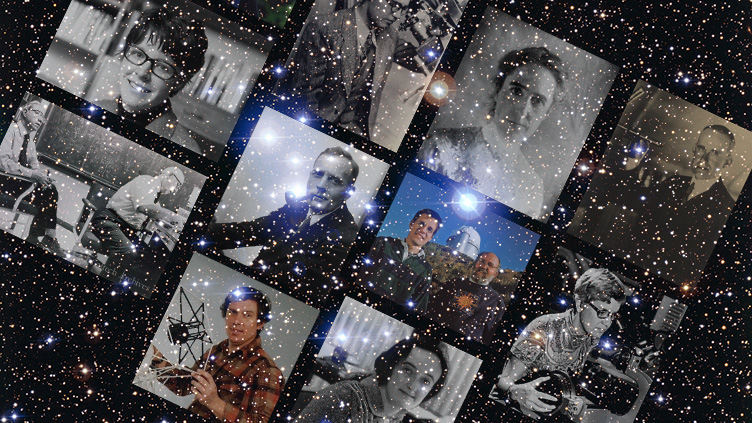 Between January 2019 and February 2020, 11 talks were delivered at the start of each event of the monthly Noites no Observatório sessions, in the Planetário Calouste Gulbenkian, in Lisbon, with an average of over 300 people attending.

12 articles were produced for IA’s website, shared across IA’s social media accounts (more than 7000 followers on Facebook as of 2020) and through the monthly newsletter (more than 2000 subscribers as of 2020).

Several of these articles were published through the platform Ciência na Imprensa Regional (Science on Regional Press), a digital publishing and distribution system for popular science content that is made available to media outlets, local and regional.

“Estrelas que brilham no tempo” (Stars that shine through time) is a series of presentations and articles that evoke important characters in the history of astronomy of the latest 100 years. Short talks were given at the start of each event of the monthly Noites no Observatório sessions throughout 2019 and until early 2020, and 12 articles published on IA’s website.

Through each of the thirteen characters covered, the project aimed to highlight the fact that the opportunities and contexts of each culture and historical period determine the evolution of Science. It intended to show that the making of Science is a deeply human activity, determined not only by the scientists, but also by their peers, institutions, and the perceptions in society in each moment in History.

“Estrelas que brilham no tempo” was one of the initiatives with which the Instituto de Astrofísica e Ciências do Espaço joined the celebration of the 100 years of the International Astronomical Union (IAU), an institution with more than 100 years gathering the worldwide community of people dedicated to research, education and outreach in astronomy.