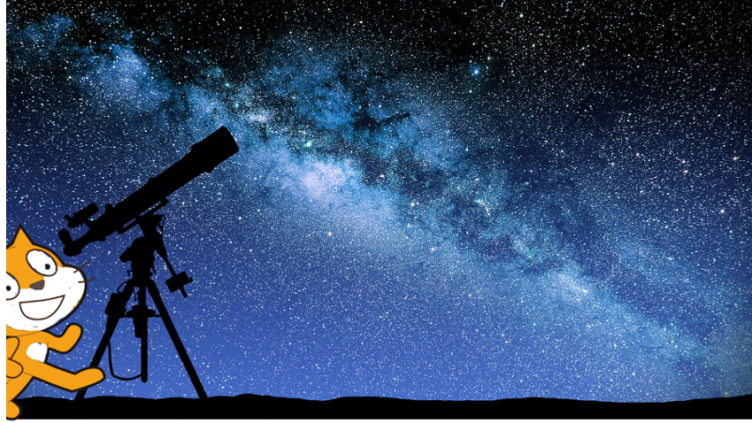 For the fourth consecutive year, the Instituto de Astrofísica e Ciências do Espaço (IA) supports the national programming competition “A Criar com Scratch!” (Creating with Scratch!) setting as a theme for the 2021 edition “Astronomy and Technology”.

Although astronomy and astrophysics are often perceived as scientific fields with a small connection to our daily lives, that idea could not be further from the reality. Research in astronomy, and especially space exploration, boosts unprecedented technological development, by forcing the constant creation of solutions for new problems. The result is tecnhology that is nowadays familiar to us, such as wi-fi, or medical imaging techniques, like magnetic resonance imaging (MRI).

For this edition, IA based its theme suggestion on one of the chapters of the recently created document “Big Ideas in Astronomy – A Proposed Definition of Astronomy Literacy“, which answers the question: “What should citizens, anywhere on the planet, know about astronomy?”. With the development of projects within the theme “Astronomy and Technology”, the IA intends to increase the connection between astronomy and society.

The competition “A Criar com Scratch!” involves the creation and development of Scratch projects, such as games, animations, or presentations, about a Space-related subject. It is open to children and teenagers from pre-school to 9th grade, mentored by a teacher or parent.

Projects can only be submitted between the 1st of February and the 31st of May 2021. The three best projects from each school level will be awarded.

More information and registration can be found on the official website (in Portuguese).