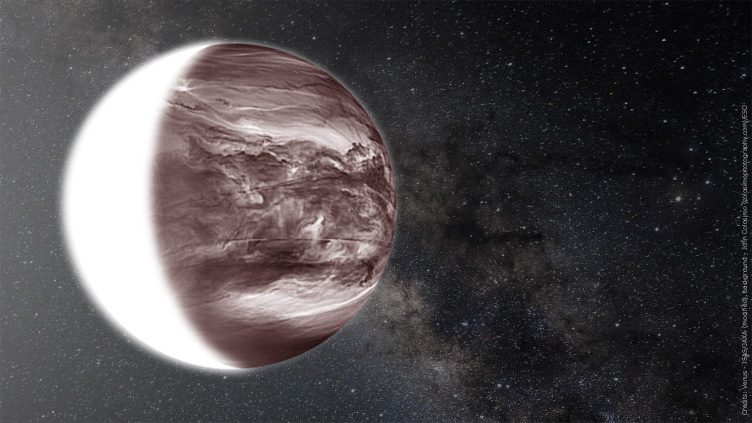 One of the mysteries of the Solar System is the fact that the atmosphere of Venus circles the planet sixty times faster than its rotation period, generating permanent winds with hurricane-like speeds.

The quest for the mechanisms that sustain this “super-rotation” motivated one of the most complete and detailed studies about the nocturnal winds on Venus close to its surface. This work, published today, had the important contribution of Pedro Machado, of Instituto de Astrofísica e Ciências do Espaço (IA) and Faculdade de Ciências da Universidade de Lisboa (FCUL), and was led by Javier Peralta, of the Japanese mission Akatsuki.

In order to create an ever more comprehensive picture of what is happening in the atmospheric circulation of Venus, one needs to know the winds, in detail and over time, in the several layers of its atmosphere. The Akatsuki mission, of the Japanese space agency JAXA, observed for one full year the night side of Venus, enabling the analysis of the clouds between 48 and 70 kilometres of altitude. One of the most important revelations, according to Pedro Machado, was the discovery of the acceleration of the winds, at those altitudes, in the dusk zone, in the transition between the day side and the night side of the planet.