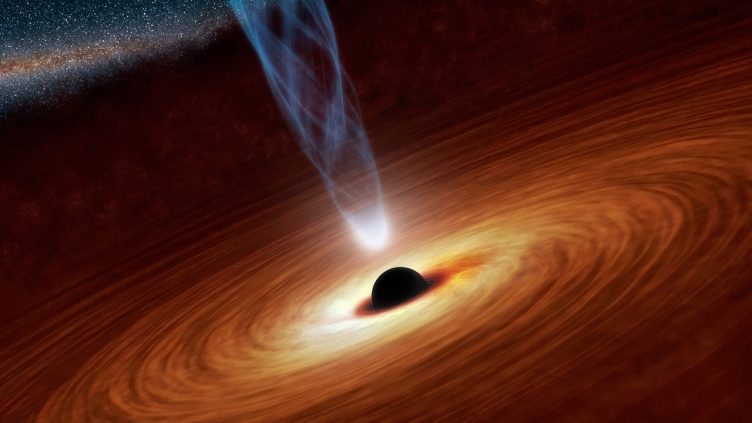 The bizarre space-time predictions of Einstein’s General Relativity might be wiped out by a modified version of the theory, with extensive applications now laid down in a comprehensive review article co-authored by a researcher of the Instituto de Astrofísica e Ciências do Espaço (IA).

Einstein’s general theory of relativity has proved successful in explaining gravitational phenomena on a wide range of scales, but at extreme densities, such as in very compact astrophysical objects like black holes, it apparently fails. It predicts the existence of odd locations in space-time where physical parameters, like density, attain infinite values, the so-called singularities.

In the last two decades, a set of modified versions of Einstein’s laws of gravity has successfully avoided these space-time singularities while still describing high density environments in the Universe.

A comprehensive account of this work is given in a review article1 published in Physics Reports and authored by a team of researchers including Diego Rubiera-Garcia, of Instituto de Astrofísica e Ciências do Espaço (IA2) and Faculdade de Ciências da Universidade de Lisboa (FCUL).

Inspired by the Born-Infeld3 model, first applied to electromagnetism in the 1930s, these theories have shown a breadth of applications, from stellar physics to alternatives to the Big Bang theory.

“We found that there is a lack of communication among people working on different applications of such theories, and that an unification of all the results was necessary,” says Diego Rubiera-Garcia, who was the main contributor to the section on black holes.

“By writing the review we have witnessed many new applications in different contexts, that we are currently developing. For instance, rotating black holes have not been studied in these theories, nor has the production of gravitational waves from compact objects.”

Indeed, new observations are needed in order to validate and impose constraints on these theories, in domains like gravitational waves, rotating black holes and the cosmic microwave background radiation. According to Diego Rubiera-Garcia, this fossil radiation from the early age of the Universe might have been imprinted with detectable effects from a hypothetical primordial bounce.

In the scenario described by a bouncing model, the contraction phase of a pre-existing Universe was followed by the expansion phase of our current one, without reaching the singularity theorised by the Big Bang model.

If it was so, these Born-Infeld inspired theories might also get rid of another singularity, the Big Bang itself. Measuring those effects in the cosmic background radiation will be challenging, but could bring strength to these theories.