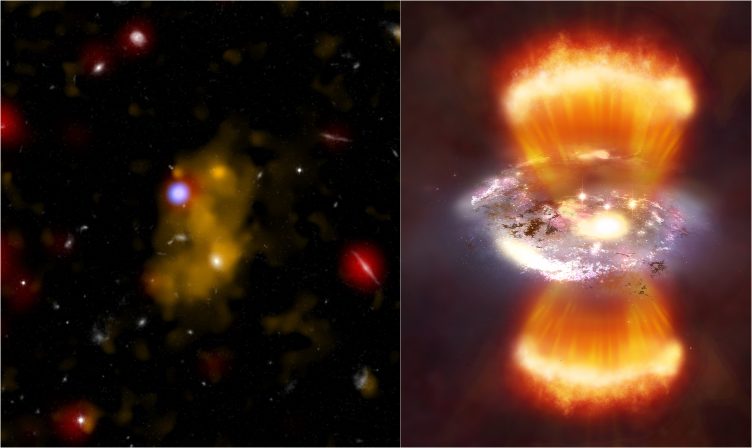 In a study led by Sandy Morais, a PhD student at Instituto de Astrofísica e Ciências do Espaço (IA) and Faculty of Sciences of the University of Porto (FCUP), researchers found massive super bubbles of gas and dust around two distant radio galaxies1, about 11,5 billion light-years away.

The researchers used two of the largest observatories available today, the Keck II (Hawaii) and the Gran Telescópio de Canárias (GTC), to observe TXS0211−122 and TXS 0828+193, two powerful radio galaxies, harboring the most energetic type of Active Galactic Nuclei (AGN) known. This type of galaxy houses the most massive Black Holes and have the most powerful continuous energy ejections known.