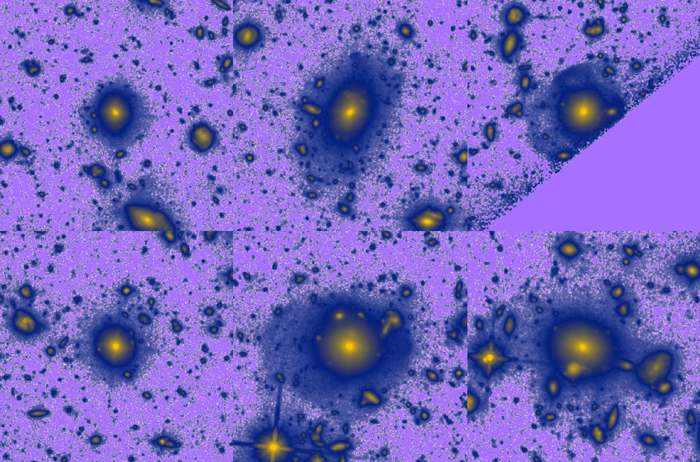 Mosaic with the infrared images of the six massive elliptical galaxies at halfway the life time of the Universe found in the Hubble Ultra Deep Field. The images reveal the stellar envelopes, as well as potential satellite galaxies. Credits: Ignacio Trujillo, with images from the HUDF 2012 programme.

The most detailed study of the outskirts of massive elliptical galaxies at half the age of the Universe was carried out by an international team led by Fernando Buitrago, of Instituto de Astrofísica e Ciências do Espaço (IA) and Faculdade de Ciências da Universidade de Lisboa (FCUL). The study was published in the journal Monthly Notices of the Royal Astronomical Society and contributes to the understanding of how the largest galaxies of the Universe evolved over time.

Galaxies have dramatically grown in size since the early Universe, and elliptical galaxies, in particular, are the largest galaxies in both size and mass. What is the main driver behind the late growth of their outer parts was the question that motivated this study.