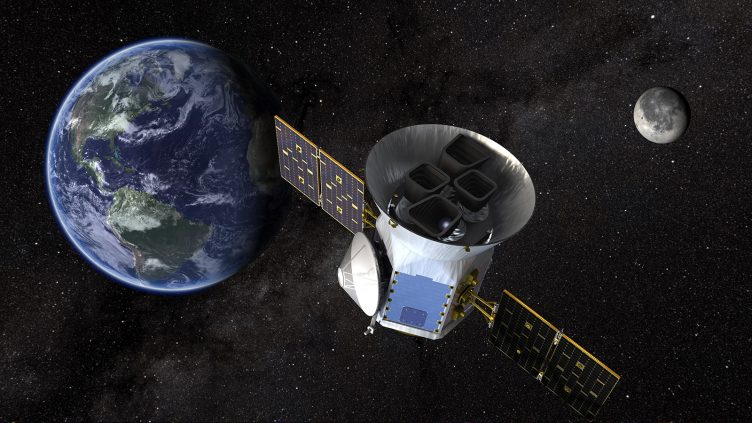 Artist's impression of the TESS satellite in space (Credit: NASA/GSFC)

The project “PULSATION” is featured in CORDIS, which gathers results from all UE funded research.

PULSATION Principal Investigator Tiago Campante (IA & Faculdade de Ciências da Universidade do Porto – FCUP) is very proud of this highlight: “Having our project featured by the European Commission fills every researcher involved, our host institution (CAUP/IA) and our communication partner (Ciência Viva) with pride. But on a bigger picture, it’s about the recognition of IA’s cutting edge research at the highest level, and the ability its researchers have to secure and efficiently use European funds”.

The research goal of this Marie Curie Action was to use photometry from the TESS (NASA) satellite to systematically detect and characterize exoplanets transiting oscillating evolved stars. Data from the satellite was also used to characterize known evolved planet-host stars, by using transit2 photometry, asteroseismology3, and radial-velocity4 follow-up measurements from the ground.

The outcome of this action has the potential to provide new insight into some of the outstanding problems in exoplanetary science, namely, on the occurrence rate of gas-giant planets as a function of stellar mass, on the correlation between stellar metallicity and giant-planet occurrence around evolved stars, and on the structural aspects of gas-giant planets.

PULSATION also had a commitment to improve public awareness of the increasingly engaging topic of exoplanets. As part of this action, a debate cycle was organized, in collaboration with the national network of Ciência Viva science centers, which took PULSATION PI Tiago Campante and selected guest researchers to 12 different Ciência Viva Centers, from all over the country.