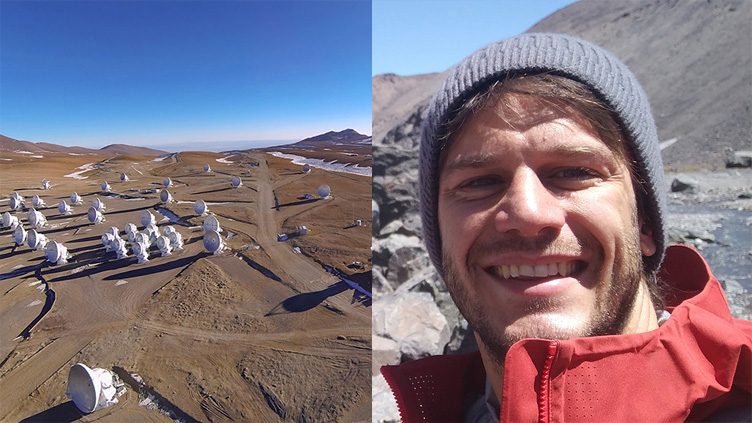 Hugo Messias, currently at the Instituto de Astrofísica e Ciências do Espaço (IA), participated in the international collaboration Event Horizon Telescope (EHT), which announced last April 10 an extraordinary result and another success of Einstein’s theory – the first direct image of a black hole.

The Breakthrough Prize in Fundamental Physics 2020, one of the most prestigious in Physics, was awarded to the EHT project and, with it, to each of its 347 members, including the Portuguese Hugo Messias. Nicknamed the “Oscars of Science”, all together, the Breakthrough Prizes 2020 awarded more than 19 million euros in the fields of Fundamental Physics, Life Sciences and Mathematics, in a cerimony that took place on the 3rd November in Mountain View, California, and televised worldwide.

“This recognition shows that our result went much beyond the team that worked for it. It mobilised the scientific community all over the world, but also the society at large,” Hugo Messias says.