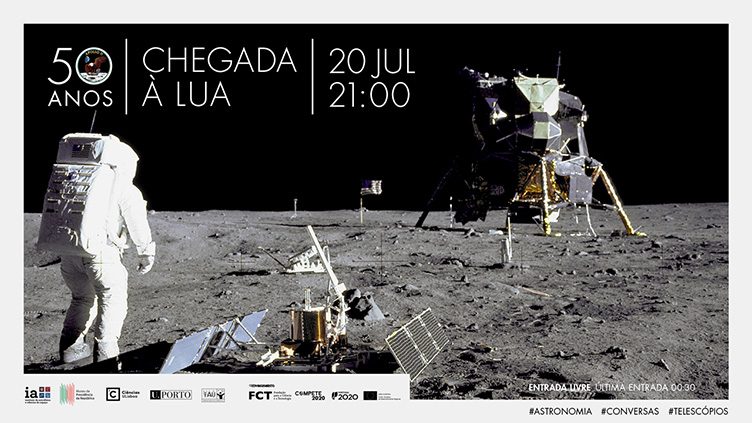 With an evening filled with activities, the Instituto de Astrofísica e Ciências do Espaço and the Museu da Presidência da República (MPR) celebrate together the arrival of the first humans on the Moon.

Half a century ago, the American Neil Armstrong, taken to the surface of the Moon by the mission Apollo 11, became the first human to walk on a celestial body other than the Earth.

The Moon will always be the first chapter in the exploration of other worlds, and it is that accomplishment that is celebrated on the 20th July with a moonlit night at the gardens of the Belém Palace.

23h30 — 00h00
Musical moment inspired by the Moon, following its ascension in the sky.