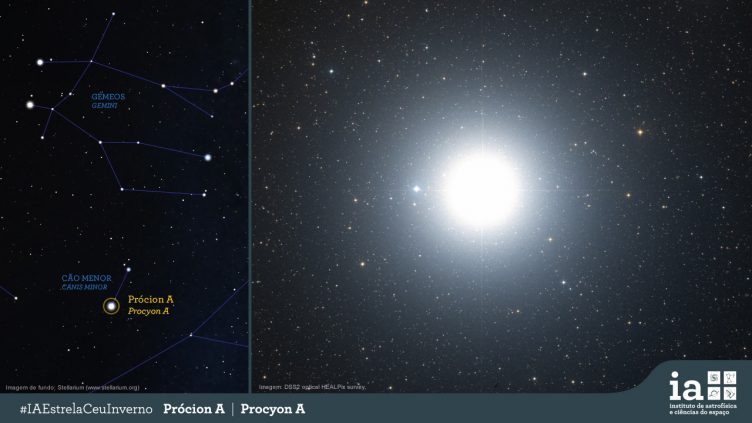 Procyon A (in the constellation of Canis Minor) was one of the first solar-type variable stars ever discovered.

The small, but constant expansion and contraction of this star can be detected through the observation of periodic movements on its surface or the periodic variation of its brightness.

These movements were first detected in 1991, but in 2004 the variable character of this star was challenged following the analysis of new data collected with the Canadian MOST space telescope.

The argument was definitely settled when a campaign of observations involving 11 ground-based telescopes enabled the characterisation of the small oscillations of the star, giving scientists the chance to study its inside.

Author: Margarida S. Cunha
Researcher of IA in the thematic line “Towards a comprehensive study of stars”.