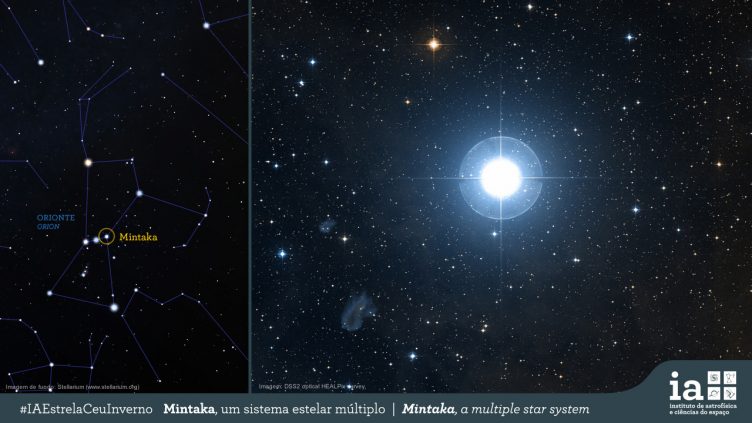 Mintaka is the westernmost of the three stars of Orion’s belt, that is the marker of the northern night sky during the winter.

It is not a single star but actually a multiple star system with four different stars.

The main component itself is composed of a close binary system, which has a third, distant, companion. A fourth star is located in between the binary system and the distant companion.

In ancient Chinese, Mintaka is the star that will bring people fame, official title and studying achievement.

Author: Chen Jiang
Researcher of IA in the thematic line “Towards a comprehensive study of stars”.