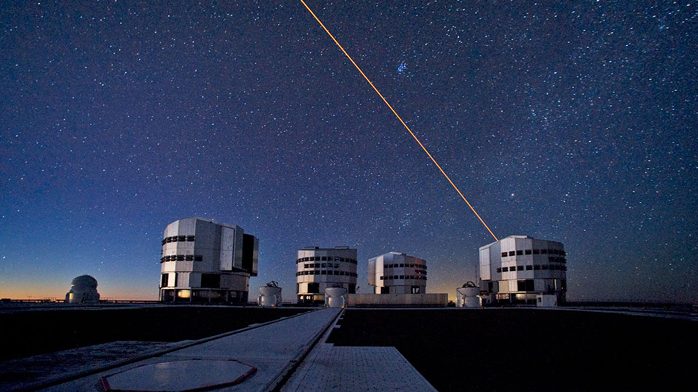 After nearly ten years of planning and construction, the ESPRESSO spectrograph, a high resolution instrument that will enable the discovery of exoplanets similar to our Earth, will now be installed at the Very Large Telescope (VLT), of ESO, in Chile. The Instituto de Astrofísica e Ciências do Espaço (IA), for its strong participation in the consortium1, will have privileged access to the scientific exploitation of this instrument, which first data are expected to be gathered from mid-2018.

The ESPRESSO spectrograph will enable astronomers to decompose and analyse the light coming from stars and, with that information, to measure the speed at which the stars are approaching or moving away from us. With the level of precision of ESPRESSO, capable of measuring a change in speed smaller than one kilometre per hour, it will be possible to measure the movement induced in the star by the gravitational pull of a planet as small as our planet Earth. It will also make it possible to determine the mass of the planet. Moreover, it is expected that the data will enable, in some cases, the identification of chemical elements in the planet’s atmosphere.