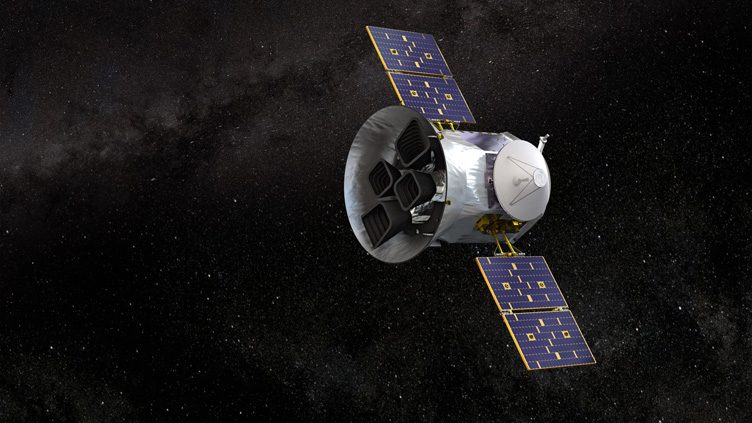 Using asteroseismic1 techniques, an international team searched for pulsations in a subsample of five thousand stars, from the 32 thousand observed in short cadence in the first two sectors (roughly the first two months of science operations) of NASA‘s Transiting Exoplanet Survey Satellite (TESS), and found five rare rapidly oscillating Ap (roAp2) stars. These results were accepted for publication in the journal Monthly Notices of the Royal Astronomical Society.

Among the stellar data, the team found the fastest known roAp pulsator, which completes one pulsation every 4.7 minutes. Two of these five stars were found to be particularly challenging to the currently understanding of the field, one because it is cooler than theoretically expected for a roAp star and the other because it exhibits pulsation frequencies that are unexpectedly high.

First author Margarida Cunha (Instituto de Astrofísica e Ciências do Espaço – IA and Universidade do Porto), explains the importance of studying these stars: “The TESS data shows that less than 1% of all A-type stars are likely to be rapidly oscillating Ap stars. Yet, the discovery of these rare pulsators can contribute greatly to the correct modelling of stellar evolution, because roAp stars are unique testbeds for the modelling of the physical processes responsible for chemical element segregation, such as atomic diffusion and radiative levitation.”