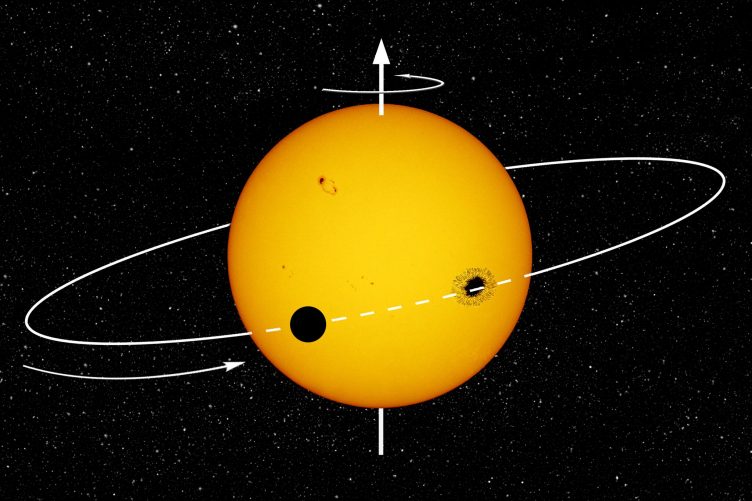 Artist's impression of a photometric observation of a transiting exoplanet, with a trajectory that takes it on a path to occult a stellar spot. Credit: Ricardo Cardoso Reis (IA/UPorto).

The occultation of stellar active regions during the planetary transit can lead to inaccurate estimates of the characteristics of these exoplanets, especially the spin-orbit tilt angle. This was the conclusion of simulations made by a team of astronomers from the Instituto de Astrofísica e Ciências do Espaço (IA) in Portugal, and Institute of Astrophysics of Georg-August University of Göttingen, in Germany.

The Rossiter-Mclaughlin1 (RM) effect has been used to measure the spin-orbit tilt angle in exoplanets, a parameter which can provide crucial information about the planetary formation and evolution processes, and even help to discriminate between different planetary migration models.